It has been an intense week as I manage the situation – guided by nature, but at the same time holding the responsibility to keep everyone safe and sound. After a week to allow them to become familiar with each other, I took the fence down. There have been a few bite and kick marks as they sort things out, but nothing serious.

It’s not settled yet however, mainly because one of the geldings keeps trying to build his own band of mares. None of the mares really wants to stay with him though because he’s a bit of a bully. He hasn’t understood that mares will stay with the one who makes them feel safe. Bullying usually comes from a lack of confidence in my experience.

Amal has never been a leader to the best of my knowledge. He has enough testosterone to have the drive for it but doesn’t have the skill, so has a slightly worried look and raised adrenaline levels, making him even more over-reactive. So I decided to offer him some essential oils.

Jasmine absolute (Jasminum officinale)  is perfect for this situation and he inhaled it deeply when offered. I also offered Lemon (Citrus limonum) distilled essential oil. Lemon helps clear the mind and assimilate new information, balances adrenal function, builds trust in oneself and others. He had moderate interest in the Lemon.

Now, as I watch from my window Amal is standing quietly with the 3 year old from the new herd and another gelding. In the gully below, the rest of the herd naps peacefully under a tree, with one foal flat out on the ground in the middle. Result. 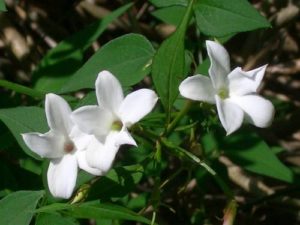 History and Character
The star-shaped, waxy jasmine flower grows on an evergreen vine or shrub. It is native to China, northern India and west Asia and there are many varieties. The fragrance of jasmine is considered to be one of the most sensually evocative and is strongest after dark and just before dawn, which is when the flowers are harvested for oil production. Because the flowers are so delicate they must be harvested by hand, yielding only a little essential oil which is hard to extract apart from as an absolute. For this reason jasmine is an expensive item, but is indispensable in its role as a Yang balancer. Traditionally jasmine was known as a fertility herb and has been used as an aphrodisiac and to facilitate birth. It is a warming, euphoric oil that instils optimism, eases nervous anxiety, and soothes restlessness. In aromatherapy, it is known as ‘King of oils’ as, despite its sweet, floral top-note, it has a particular affinity with male hormonal and excess Yang behaviours, especially for males who act ‘macho’ to hide insecurity.

Think ‘Jasmine’ for:
Bullying or other hierarchy issues, especially if the animal has been left in a position of responsibility that it does not feel up to, and is nervous when separated from others.
Animals who want to take charge in a forceful manner because they are actually insecure.[/fusion_builder_column][/fusion_builder_row][/fusion_builder_container]

Understanding moody mares It’s that time of year! Your mare is moody, pulling faces when you saddle her, not concentrating when you ride, harassing the…

Lemon essential oil is simple and unassuming, but so useful, and at the moment it seems to be everyone's favourite.

The horses surprised me by selecting it this weekend when I was demonstrating self-selection during a workshop here. Ellie chose it first, then her daughter and brother joined in, till they were all standing around in a trance. Then I was working with  a Level 2 student, teaching meridian assessment and oil selection, and lemon came up again for her dog with warts.

So many aromatics, so little time! The world of essential oils and aromatic extracts is full of exciting possibilities. When we first start out it… 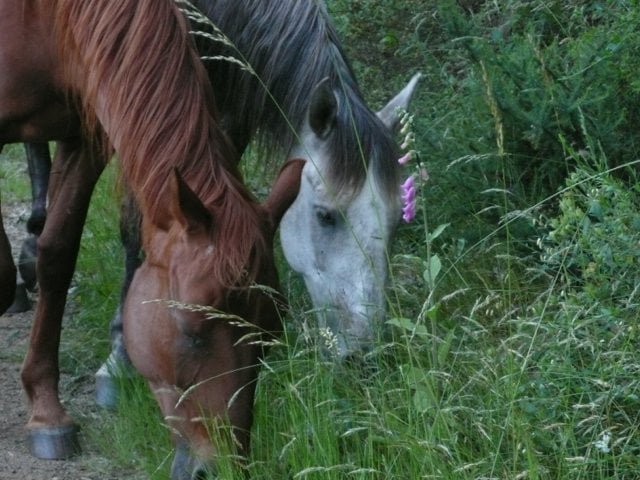 Spring! Everything’s full of energy and vigour and new life, bounding around enthusiastically like a foal. It’s time to shake off the sluggishness of winter…